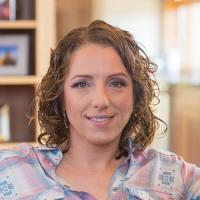 Jennifer Lea Lampton has been building websites since 1997, and participating in open-source communities since 2006. She maintains several Open Source projects, and contributes fixes to many others projects as it relates to the needs of her work.

Jen Lampton has been a very active member in the Drupal Open Source community for over a decade. Lampton has delivered featured presentations at several DrupalCon events. Lampton has also served as a keynote speaker at Drupal camp events in both the US and Mexico. She has also served as one of the lead organizers for the largest free Drupal event in the world, the Bay Area Drupal Camp (also known as BADCamp) since 2007.

Jen Lampton spent several years as the Director of Drupal training at Chapter Three in San Francisco, and during that time also served on the Drupal usability team. After developing the course material, and training hundreds of people on how to use Drupal, Lampton's primary focus became making the software both easier to use ("usability") and easier to learn ("learnability").

In an attempt to make Drupal easier to learn, Jen Lampton spent almost 2 years as the Drupal 8 core Twig initiative lead. After Twig was committed to core, Lampton noticed the rest of Drupal slipping out of the grasps of the average web developer, and decided to shift her focus to Backdrop CMS.

Backdrop is the Drupal fork. It stands between Drupal 7 and Drupal 8 including features comparable to Drupal 8 with the familiar code style of Drupal 7, but with an increased focus on usability and performance. Backdrop removes complexity that only benefits the 1%, making the whole system a better fit for the 99%.

As Drupal becomes the tool of choice for the enterprise, Backdrop emerges for everyone else. With a focus on simplicity and affordability, Backdrop CMS fills the widening gap between Drupal and WordPress.