Gatsby is rapidly becoming one of the most popular ways to build a React front-end on the web, and Drupal 8 is one of the best platforms to use as a back-end for Gatsby's data source! In this training you'll learn how to take a brand new Drupal 8 site running the Umami Demonstration Install Profile and build a recipe blog front-end using GatsbyJS and React. Once complete, we'll take our brand new site live using Netlify, a popular free hosting platform for Gatsby sites.

Experience with React is not required for this training!

Adam is the Vice President of Engineering at Hook 42. He brings experience in technical architecture and a passion for helping people work together at top-notch productivity. A mentor and team player to the core, Adam participates in the open-source Drupal community and views projects as opportunities for teams to grow and shine.

Adam has led development efforts rebranding a national telecommunication company website, integrating the systems of a financial services firm into a modern web solution, and implementing a headless content management system for an international retailer’s e-commerce system. He led development efforts on the redesign of Penn State’s World Campus website, promoting online educational offerings that improve access for non-traditional learners like single parents and members of the military. During his time at CivicActions, he helped those in the public sector serve citizens through digital services.

Before Hook 42 and CivicActions, Adam was at Acquia, where he served as a Technical Architect. He spent many years in higher education at Penn State University, where he served as a team lead, developer, faculty member, researcher, and graduate student. He advocates for the trifecta: thoughtfully crafted technology, people-focused solutions, and the power of ongoing learning.

Adam gives back to the community through porting of contributed modules, like Taxonomy Menu and Password Policy. He participated in Drupal's Governance Task Force, an effort aimed at community continuous improvement. He blogs and loves speaking about what he has learned and can often be found presenting at Drupal Camps and DrupalCons. Adam serves on the IT Board of Juniata College.

Ryan Bateman is a Senior Developer working with Hook 42. He primarily occupies meatspace in Fairbanks, Alaska, and has been working with Drupal for 8 years, with experience both at agencies as well as in higher education. His interests lately have been centered around decoupled Drupal (particularly GatsbyJS) and building API-first experiences in Drupal 8. 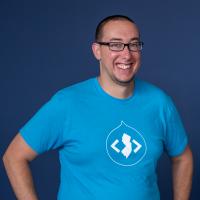